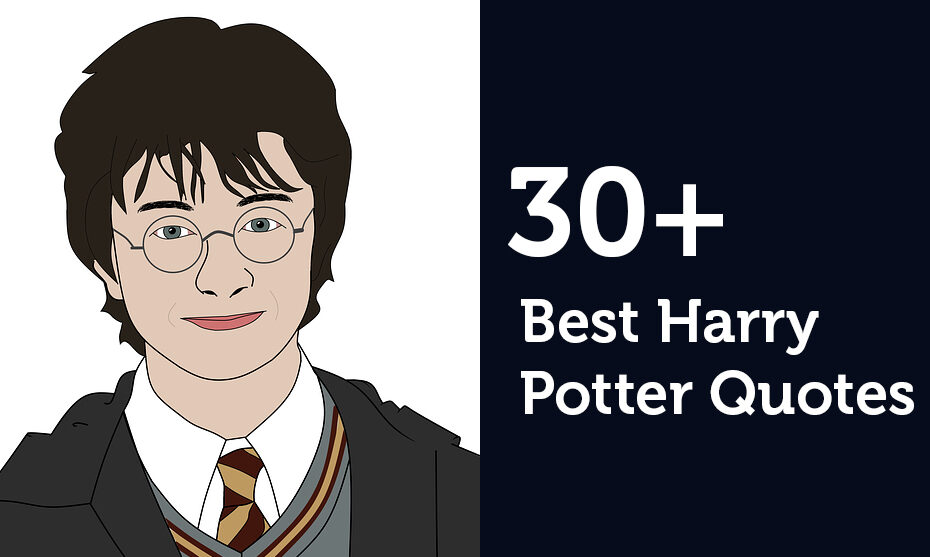 Looking for Harry Potter Quotes? You all might have heard about the very famous fictional character, Harry Potter. The character of a wizard boy was created by J.K. Rowling. With the series of 8 films and 7 novels; a play and a book of its script popped up in the year 2016, the audience got so influenced by the Harry Potter.

Who is Harry Potter?

Harry was an orphan who was not treated well by his cousin, uncle, and aunt. On Harry’s 11th birthday, he gets to know that he is a wizard. Also, then harry gets to know that his mom and dad were a witch and wizard respectively. Hogwarts School of witchcraft was Harry’s school. He even learns that his parents did not die in a car accident, but were murdered by an evil wizard called Voldemort. Harry was the only person who has ever survived in an attack which was done by Voldemort.

At the Hogwarts school of witchcraft and wizardry, Harry becomes fast friends with Ron Weasley are Hermione Granger who is his classmate. Also, Draco Malfoy seems in the role of Harry Potter’s rival and is taken under the school’s headmaster, Albus Dumbledore wing. These relationships keep going throughout the series.

In the whole series, Voldemort consistently attempts to take on Harry’s life. In Harry Potter and the Goblet of Fire (2000) which is the fourth part of the series, Voldemort recovers his body and quondam strength with the help of a magic ritual, and then his number of Army’s elevates rapidly. Harry and his teachers, classmates, and other wizarding community members are forced to fight against Voldemort and his disciples, including the Malfoy family.

In this epic saga, Harry accepts his iconic role as the “boy who lived” fights against the evil wizard. Read on to explore the best Harry Potter quotes.

Youth cannot know how age thinks and feels. But old men are guilty if they forget what it was to be young. — Dumbledore

It is a curious thing, Harry, but perhaps those who are best suited to power are those who have never sought it. — Dumbledore

I am what I am an’ I’m not ashamed. ‘Never be ashamed,’ my ol’ dad used ter say, ‘there’s some who’ll hold it against you, but they’re not worth bothern’ with.’ — Hagrid

I solemnly swear I am up to no good. ― Harry Potter

Honestly, am I the only person who’s ever bothered to read ‘Hogwarts: A History?’ — Hermione Granger

But you know, happiness can be found even in the darkest of times, if one only remembers to turn on the light. ― Albus Dumbledore

Don’t let the muggles get you down. — Ron Weasley

It does not do well to dwell on dreams and forget to live. – Harry Potter and the Sorcerer’s Stone

I want to commit the murder I was imprisoned for. — Sirius Black

Are you insane? Of course I want to leave the Dursleys! Have you got a house? When can I move in? — Harry Potter

Why, dear boy, we don’t send wizards to Azkaban just for blowing up their aunts. — Cornelius Fudge

You think the dead we loved truly ever leave us? You think that we don’t recall them more clearly in times of great trouble? — Albus Dumbledore

I mean, it’s sort of exciting, isn’t it, breaking the rules? – Harry Potter and the Order of the Phoenix

It does not do to dwell on dreams and forget to live. — Dumbledore

What’s comin’ will come, an’ we’ll meet it when it does. — Hagrid

To the well-organized mind, death is but the next great adventure. – Harry Potter and the Sorcerer’s Stone

Indifference and neglect often do much more damage than outright dislike. — Dumbledore

Do not pity the dead, Harry. Pity the living, and, above all those who live without love. — Dumbledore

Fear of a name only increases fear of the thing itself. – Harry Potter and the Chamber of Secrets

It is our choices, Harry, that show what we truly are, far more than our abilities. – Harry Potter and the Chamber of Secrets

Understanding is the frst step to acceptance, and only with acceptance can there be recovery. — Dumbledore

We’re all human, aren’t we? Every human life is worth the same, and worth saving. — Kingsley Shacklebolt

Fear of a name increases fear of the thing itself. — Dumbledore

Every human life is worth the same, and worth saving. – Harry Potter and the Deathly Hallows

People find it far easier to forgive others for being wrong than being right. — Dumbledore

You sort of start thinking anything’s possible if you’ve got enough nerve. – Harry Potter and the Half-Blood Prince

Things we lose have a way of coming back to us in the end, if not always in the way we expect. — Luna Lovegood

It matters not what someone is born, but what they grow to be. — Dumbledore